OVERVIEW
Founded in 1975, but tracing its family roots in pewter manufacturing back to 1755, Danforth Pewter designs and crafts handmade pewter items for sale online, in its six retail locations and through wholesale accounts and kiosks. In 2013, after two decades of using the same financial software and hardware to run its growing business, the company’s aging hardware began to fail. Unable to upgrade its old software to new hardware and wanting an integrated system, Danforth Pewter executives chose Acumatica’s highly integrated ERP as their modern platform for continued growth.

“We looked around for quite a while for what we wanted—an ERP that could integrate with a POS and our website and one that would only cost a couple hundred thousand. Everyone told us that it didn’t exist, that it would cost $5 million. ‘In your rice range,’ they said, ‘there are no integrated systems.’ ”

SITUATION
CEO Bram Kleppner and Beth Morrissey, Vice President of Finance and IT, had run Danforth Pewter’s manufacturing and retail operation for the past 24 years on the same software and hardware, getting the very most out of their assets. Kleppner knew at some point, however, that the software and hardware would reach their end of life.

Extracted every last byte
“We avoided purchasing a new system for as long as possible, extracting every last bit of use from what we had,” Kleppner says. “But then our software was no longer supported and the hardware physically started to fail.”

Danforth’s 65 employees used NCR Counterpoint’s POS and Sage Platinum for Windows, two systems that weren’t integrated, causing numerous headaches over the years. For example, quarterly inventory counts at the company’s six retail stores were not very accurate and had to be done manually, slowing the pace of business to a crawl four times a year.

Morrissey and Kleppner knew they needed a financial system that could handle AP, AR, inventory control, and manufacturing; integration with a retail POS system; and a better shipping solution. Not incidentally, the company needed something that was affordable.

Good luck finding affordable ERP
“We looked around for quite a while for what we wanted—an ERP that could integrate with a POS and our website and one that would only cost a couple hundred thousand,” Kleppner says. “Everyone told us that it didn’t exist, that it would cost $5 million. ‘In your price range,’ they said, ‘there are no integrated systems.’ ”
Danforth Pewter looked at NetSuite, Microsoft Dynamics, and other ERP offerings, but they were all too expensive, Kleppner says. Resigned to upgrade to Sage 300, and then pay handsomely for someone to integrate it with a POS system, they suddenly learned their IT support company was closing. Fortunately, they also received a referral to a new IT provider.

“After a few conversations with the new partner, we told them we weren’t all that thrilled with Sage and they admitted they weren’t either,” Kleppner says. “They said they hadn’t mentioned any other products because they thought Sage 300 was all we were looking at.”
The IT shop then recommended Acumatica’sERP, which they thought better fit Danforth’s needs. “Once we heard about Acumatica, the choice was easy. It was the only one that met our criteria,” Kleppner says.

SOLUTION
Kleppner chose Acumatica’s on-premises version because “we are in a small, rural northern Vermont community and our internet service isn’t reliable. If one guy with a snowplow hits a utility pole, our internet goes down.” With more than a third of their business from online sales, they can’t risk their financial system going down, Kleppner says. Moving to the cloud version of Acumatica will come later after they secure more reliable internet service.

“This was a huge expense for a company our size, and a hugely risky project,” Kleppner says. “Most ERP implementations fail, so that was all enough to keep Beth and me very focused on making sure we worked through everything possible before going live.”

Integration ‘smooth as silk’ – almost
“We launched Fusion POS after closing out on Saturday and it was smooth as silk,” Kleppner says. “It was almost eerie how flawless it was. So when our partner of record had some difficulty bringing Acumatica online, we switched to [Acumatica Gold Certified Partner] PC Bennett and couldn’t be happier.”

BENEFITS
More efficient company
Since implementing Acumatica, Danforth Pewter has become much more productive and efficient. “In the old system, I had to enter all the products twice, which took a lot of time,” Morrissey says. “We don’t have to do that now, and invoicing in Acumatica allows us to do batch processes, which we couldn’t do before.”
Orders can be entered into the system immediately rather than waiting for someone to manually key in phone orders. Sales data is at their fingertips, not days away. “In the old system, Beth had to extract the data from the POS and then Sage and manually combine them, and to do that for 2,000 SKUs took an immense amount of time and effort,” Kleppner says. “That doesn’t happen anymore.”

“At the end of each quarter, when I did a cycle count, I’d have to manually cross out inventory in the POS to bring into the other system,” Morrissey says. “That took me hours. We can now see what is being produced and moving through the shop and where work is in process, so we are far more accurate.”

Orders that were once hand-written and sat in a pile waiting to get into the financial system are now entered as they are taken, which has increased the number of orders being shipped each day.

When store managers wanted financial information to determine which products to retire, it took Morrissey days to prep for those meetings. Now, it takes minutes because in Acumatica she can pull up most reports with a few clicks. Additional reports are being added with the help of PC Bennett.

Easy-to-use system a boon for 20+-year employees
Kleppner and Morrissey were initially worried about how their long-term employees—many with the firm for more than 20 years—would adapt to the new system. “One of the best things about Acumatica is how easy it is to train someone new on the system,” Kleppner says. “All of our employees have remarked on how easy it is to learn and how intuitive it is.”

Kleppner and Morrissey also had high marks for the team at PC Bennett, which Morrissey says “are my new best friends.”
“They just know Acumatica so well,” Morrissey says. “Their depth of knowledge was great, and working with owner Patricia Bennett was the same; everyone has been so helpful.”

Acumatica increases Danforth’s sales, profits.
Acumatica gives Danforth Pewter much greater access to its consumer and sales data so executives can do a better job of presenting products and increasing sales, Kleppner says. They can also segment customers more effectively, allowing them to boost their marketing efforts, for example, by sending emails or flyers to customers living near a certain store, which they haven’t been able to do before. “We’ll be able to grow for quite a while longer before we have to add staff, so that make us more profitable as well,” Kleppner says.

In addition to fully implementing JAMS, Kleppner plans to update the company’s 20-year old phone system to one that integrates with Acumatica and also implement a CRM. He’s excited about not having to upgrade Acumatica after implementing the cloud release, since “upgrades will happen magically overnight”. Also, because the Acumatica platform is built on the SQL database, “it’s great to know that it can grow to any scale and any way we want our business to grow.”

“The leadership team of any small or medium business considering an ERP system is doing themselves a great disservice if Acumatica isn’t on their list to investigate,” Kleppner says. 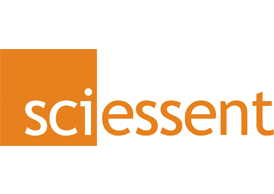 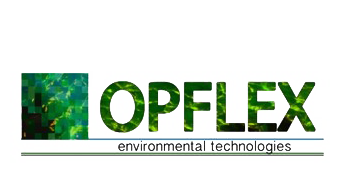